Working wood with a sense of humor.

Most woodworkers have gotten a chuckle or two out of a piece of furniture they or somebody else has built—maybe an armoire that’s too big to fit through the workshop door or a bookcase with two left sides. But most of the furniture Jake Cress makes will bring a smile to your face—and it’s not for lack of skill or planning. He wants you to laugh. Whether it’s a Chippendale chair with a wayward ball or a grandfather clock taking a wild swing with its pendulum at a mouse running up its side, Jake’s work will brighten your day.

The long and winding road

After graduating from high school and serving a five-year stint in the USN submarine service, Jake got involved in professional theater. There were long pauses between the end of one play and the start of another so he and his brother decided to open a cabinet shop. “In 1974 there weren’t any woodworking schools, and even if there were I couldn’t have afforded it,” Jake explains. “If I’d had somebody to teach me I could have saved a fortune in wasted wood.”

Now 66, Jake is completely self-taught. Part of his woodworking education came from visiting exhibits and galleries to study the craft. “One cold morning I walked into a gallery and noticed someone had left their gloves and keys on a gorgeous table. As I turned around to tell someone about it, I did a double take and realized they were part of the table,” Jake recalls. That piece, Table with Gloves and Keys by Wendell Castle, inspired Jake to start building furniture with personality. Crippled Table, his first humorous piece, sports three turned legs—and a crutch.

Though some of Jake’s more complex pieces sell for more than $20,000, he recalls leaner days. Early in his furnituremaking career Jake admits he was willing to “do anything legal having to do with wood.” Such legal endeavors brought him tasks as varied as refinishing 80 cherry side tables for a hotel and restoring an 18th century corner cupboard that was in such bad shape only one door, one stile and the center drawer front were usable. Eventually Jake’s furniture began selling and though he admits “It’s still a tough way to make a living,” he’s remained dedicated to his craft.

Jake’s work may be non-traditional, but his pieces have been acquired by museums as established as the Smithsonian and displayed at the Society for Contemporary Craft in Pittsburgh. His furniture has appeared in The Washington Post and Art and Antiques magazine.

Jake has mastered making miniature furniture pieces for a variety of reasons. “They’re beautiful and cute,” he explains. “They’re also useful and elegant.” But his miniatures aren’t merely for show. As he normally eschews working from a blueprint or plan while building full-size pieces, he uses the miniatures to work out the details. For example, Jake often adjusts the proportions on old, traditional pieces to make them look even better. Building a miniature version allows him to try out those new proportions. Though a few of his miniatures are one-quarter scale, the bulk of them are one-half scale. “Half-scale is easy,” he says. “You just cut all the dimensions in half.” Jake also explains that half-scale pieces are a perfect fit for half-scale people—such as his grandkids.

But being diminutive doesn’t make one of Jake’s miniatures a smaller project. You won’t find him using hot melt glue to cobble the parts together; his miniatures are faithful, right down to the joints. “I cut the mortises and tenons by hand using the same tools I use for the full-sized piece,” he explains. “They’re challenging. In fact they can be more complex than the full size piece.”

Half traditional, half animated

Jake describes his work and himself by explaining, “The pieces are made one at a time, very carefully, by one dusty old guy who works by himself in an ancient log cabin.”

About half of the pieces he builds are traditional; the other half are animated. Jake names all of his pieces, which adds another layer of humor. A slanted table is called The Democrat when it leans to the left and The Republican when it’s turned to lean to the right. His Great Expectations chair has a Fudgesicle carved into the arm and an eager face with its tongue hanging out carved into the back. Jake’s Self Portrait chair prepares to carve its leg with a chisel and mallet. Peel Here reveals a checkerboard beneath the veneer. How to Build Furniture illustrates a classic woodworking nightmare.

How to Build Furniture

Some of Jake’s animated designs have been exceptionally popular. He’s crafted over two dozen Oops! chairs, Peel Here tables and Hickory Dickory clocks. Though each piece is slightly different, once Jake has refined the basic design, he makes patterns for future pieces. Not content to rest on his laurels, he continues to push the envelope. The Decorator, a recent piece, features a two-dimensional painting by artist Mark Young, with the arm of a chair reaching out to pluck a flower from a vase resting on a table below it. Building one of his more complex pieces can take up to two months. “But a lifetime of experience,” Jake adds. “Do not try this without adult supervision.”

While best known for his animated pieces, Jake can craft a Chippendale lowboy or a Federal secretary along with the best of them, and his miniature versions of period furniture pieces are delightful. Jake is a one-man show, doing all the carving, inlay and finishing work. He employs both hand tools and power tools,  letting the latter do the grunt work, so he can focus on the parts that truly need the human touch. “I’m not going to plane down a 20″ wide board by hand if I have a 20″ wide planer,” he explains. “But if I have a 21″ board … well, I guess I have no options.”

The Decorator (Painting by Mark Young)

Jake can turn a phrase as aptly as he can turn an armload of mahogany into a corner cabinet. In one essay on his website he describes working late into the night alongside a friend who was in dire need of a walnut box to hold the ashes of a suddenly departed relative. “I watched the walnut become richer and deeper with a little sadness that it would disappear forever,” he writes. “[But with] a lot of pride that such a human need could still be met by friends rather than companies.”

Wanda Sykes: I'ma be me- Our Sh*t's the best/Metric system 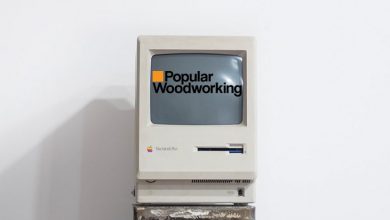 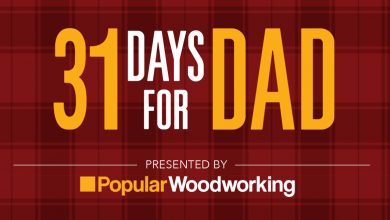 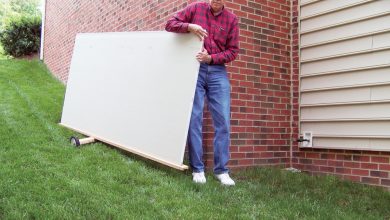 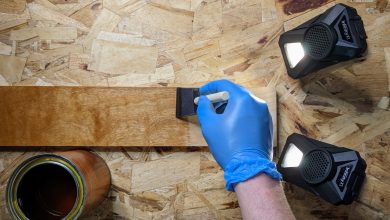